I remember the day I ordered my first pallet of oils for Alegna Soap®.
The holiday season was coming up I needed to order more oils and butters.  I checked my bank account and decided to place a large order. The company I used gave a discount if you ordered more than three boxes of an item.  After I placed my order, a company rep emailed me to say they were sending the oils on a pallet.
Since they were delivering to my home, they said they had to send a smaller truck. One that wouldn’t pull down any electric wires on my block.  When the truck pulled up, I thought it looked plenty large. 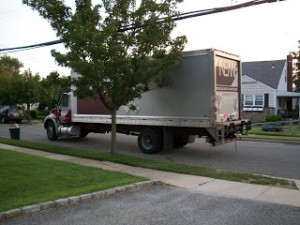 I remember the driver didn’t want to pull the truck in my driveway. He said it was company policy. Brian was happy about that, he was worried the driveway might be damaged. 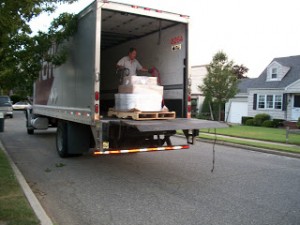 The driver was kind and let me take pictures of him making the delivery.  He probably thought I was nuts. 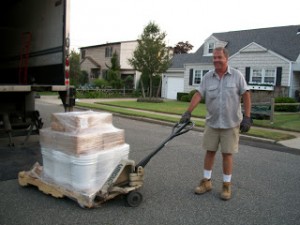 I don’t remember his name though, but he had a nice smile. I’m sure it was a routine delivery for him. He had no way of knowing what it meant to me. 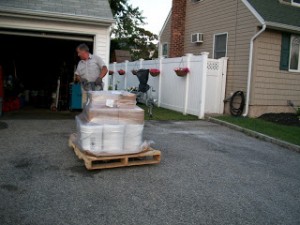 He was strong too. That pallet was heavy! 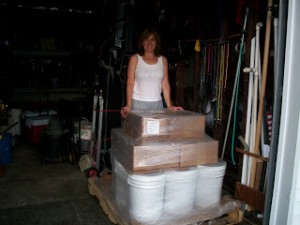 Look at the smile on my face. Once he left I unwrapped the pallet and carried the boxes and buckets down to my studio, one by one. I’m pretty sure I didn’t do it all in one day. Like I said, those items were heavy!
It was a milestone moment and signified that I was starting to grow as a business.  It felt good.  I’ve received a few more pallets in the years after this one. And each one feels just as good.
Yours in Gratitude,
Angela